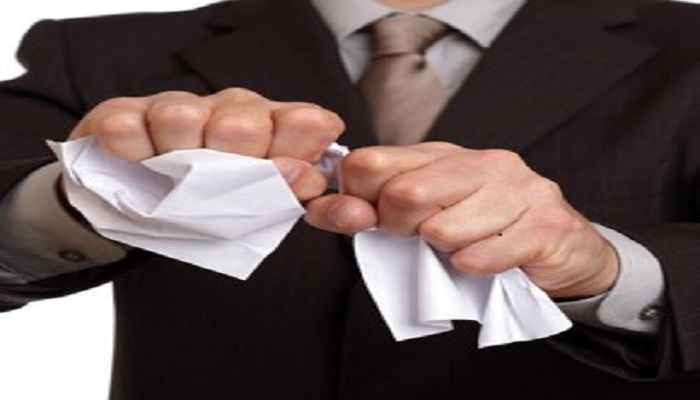 Just when the Iran regime lobbying network led by the National Iranian American Council tries to make its case, its own masters in Tehran screw things up again it seems for them. Previously message points delivered by Trita Parsi and others were undercut by the regime’s top mullah when Ali Khamenei would call for America’s destruction and vowed to rebuff all efforts to derail Iran’s nuclear program.

Even after crafting a framework agreement with the P5+1 and hailing it as historic, the NIAC and other regime supporters again were faced with contradictions when Iran’s semi-official FARS news agency reported that foreign minister Javad Zarif and its nuclear chief told members of the Iranian parliament that the regime would begin using its latest generation IR-8 centrifuges as soon as its nuclear deal goes into effect.

The news accounts show the empty value of the framework and the lies being perpetuated by the NIAC that the regime truly wants a deal, but already promises to violate key provisions the minute it gets signed.

ccording to the FARS report, “Iran’s foreign minister and nuclear chief both told a closed-door session of the parliament on Tuesday that the country would inject UF6 gas into the latest generation of its centrifuge machines as soon as a final nuclear deal goes into effect by Tehran and the six world powers.”

The IR-8 centrifuges can enrich uranium 20 times faster than the IR-1 centrifuges it currently uses according to the regime.

Additionally, according to FARS, regime defense minister Hossein Dehqan said of the Lausanne Framework “There is no such agreement. Basically, inspection of military facilities is a red line and no inspection of any kind from such facilities would be accepted.”

So what are we to make out of the NIAC’s insistence that Iran’s mullahs are truly interested in peaceful nuclear development? It’s more likely we would believe in unicorns and the Loch Ness monster than the NIAC at this point.

With all of these revelations and statements coming out of Iran, the odds of a Congressional action against the framework and continuing economic sanctions are shrinking to the size of a pinhead with even House Minority Leader Rep. Nancy Pelosi (D-CA) now mulling the odds of being able to derail the momentum building for Congressional review.

As Rep. Ted Deutch (D-FL), the ranking Democrat on the Foreign Affairs Committee’s subpanel on the Middle East, said “Last week’s framework contemplates action by the United Nations Security Council. Surely if U.N. Security Council members should have a vote on sanctions relief, members of the United States Congress should as well.”

The support for continued economic sanctions got a boost inadvertently when Central Intelligence Agency Director John O. Brennan claimed Khamenei was persuaded to approve a deal because of the crippling effects of sanctions on Iran. While Brennan attempted to show this was motivation for the regime to compromise, it was in fact evidence of the what the regime is aiming for all along: relief from economic sanctions in order to flood billions of dollars back into the regime’s coffers as it supports four proxy wars.

The fact the regime’s leadership is already talking about violating the terms of the framework or simply ignoring them demonstrates the regime’s incompetence to make a deal and its commitment to preserving its nuclear infrastructure while getting what it most desperately needs right now, which is cold hard cash.

Already regime representatives are scrambling throughout the world in a mad dash to lock up deals to prop up its economy in anticipation of a final nuclear deal. This includes talks in China for oil sales, and invitations for direct foreign investment.

But as political support for the framework agreement begins to unravel, it is likely these moves for economic support will prove as ephemeral as NIAC’s logic and arguments in support of the regime.