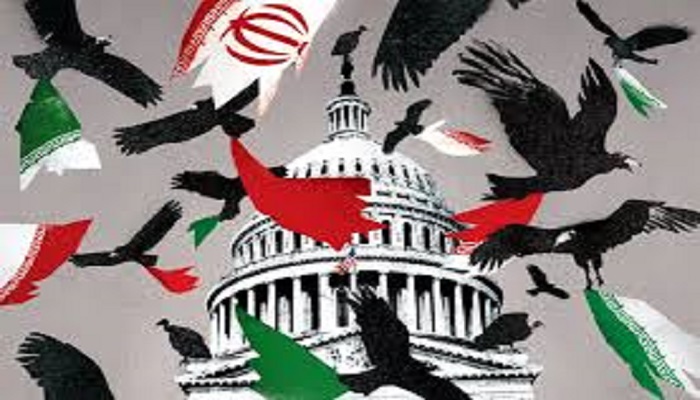 Archive Photo -Taken from Google for Iran lobbies and appeasers

The Washington Free Beacon, has recently reported that a group of bipartisan congressmen have written to Senator Kerry asking for a probe in to the VOA- Persian program’s pro-Iranian regime policies. The program is viewed by the Iranian diaspora as biased and cozy to the Iranian dictatorship for widely censoring the views and activities of the pro regime-change opposition in Iran, or for always offering a negative and absurd picture perpetuated by Iranian intelligence or Iranian lobbies abroad.

The report written by Adam Kredo, a senior commentator of the website, was published on October 17, 2014 on the website.

Excerpts of the article that show how the media is used in favor of the Iranian regime and its lobbies to advocate favorable reports to the Mullahs in Iran is published here:

“Congress is calling for an investigation into Voice of America’s (VOA) Persian language news service as a result of what they say is the station’s systemic pro-Iran bias and cozy ties to the anti-American ruling regime, according to a letter sent recently to Secretary of State John Kerry”, writes Adam Kredo.

“The call from Congress for an investigation into these alleged practices comes just a month after the Washington Free Beacon revealed that PNN had banned from the network a prominent Iranian opposition member and placed him on a so-called “black list” after he attacked Iran’s ruling regime for sponsoring terrorism.”

The article continues, “Nine House lawmakers from both sides of the aisle are now demanding that the State Department launch a formal investigation into potential mismanagement at PNN, according to a letter sent to Kerry on Wednesday and obtained by the Free Beacon.”

“We request that you [Kerry] look into this matter and investigate any possible mismanagement and slanted coverage of news by VOA-PNN, including the oversight of management, staffing, and content,” the lawmakers wrote.

The core of the corruption

In the article, Adam Kredo explains that “The lawmakers say that their Iranian-American constituents have been complaining about PNN’s failure to cover Iran’s human rights abuses and other matters that are potentially embarrassing to the ruling regime.

“We have received complaints from our Iranian-American constituents that VOA-PNN programs have neglected to adequately cover the abysmal situation of human rights violations in Iran, particularly the alarming and dramatic rise in executions,” they write in the letter.

Examples of the misbehavior of VOA-PNN

Giving examples of the misbehavior of the program, WFB reiterates: “During [Iranian] President Hassan Rouhani’s first term in office, nearly 900 hangings have been ordered with very few of these executions receiving VOA-PNN coverage,” they say. “In our efforts to protect and give voice to vulnerable populations, we must ensure that VOA-PNN upholds its mission to provide truthful news and does not suppress the voices of those Iranians seeking human rights protections and Democratic change in their country.”

“In addition to a significant rise in executions, including one scheduled for a female rape victim who spoke out against her attacker, Iran has continued its pursuit of nuclear weapons and support for terrorism in the Middle East.”

“PNN critics, including former staffers and guests, have discussed systematic corruption at the network that includes a policy of censoring those who criticize the regime and those who may reveal information damaging to the network’s senior officials, some of whom have had ties to the Iranian regime,” WFB’s article continues.

“We are concerned that this network, which is meant to promote freedom and democracy through objective news and information, may have harmed instead of helped the plight of Iranians seeking to claim their human rights,” the lawmakers state in their letter.

“Regrettably, while VOA-PNN has given voice to the pro-Tehran crowd inside the Beltway, it has censored the views of those who seek a democratic, secular, and non-nuclear republic in Iran,” said Sadeghpour in a statement provided to the Free Beacon.

Regime opponents who have been invited onto PNN say that their comments have been censored, and in some cases have been thrown off the air.

Nikahang Kowsar, an Iranian cartoonist, journalist, and regime critic, told the Free Beacon that he was booted off PNN’s airwaves in March, in the midst of an interview, for discussing corruption in Iran’s oil industry that could be traced back to high-level officials.

Kowsar was being interviewed on VOA Persian’s Last Page program when the host was apparently ordered to stop the interview.

“I was waiting for the second round of questions” when a PNN host claimed that “he was told and ordered not to ask any more questions to me,” recalled Kowsar. “Then a gentleman from the studio came and disconnected my microphone.”

Kowsar said he was shocked by the experience. He later petitioned the Broadcasting Board of Governors (BBG), which oversees VOA and PNN, about the incident.

“When I was in Iran I went to prison for drawing a cartoon, I was cut off from national TV … I was censored in Iran, so somebody who has been censored inside the Islamic republic is not news. But being in the VOA studios in the U.S., the land of the free, and then learning that I have to be censored is … news.”

“If VOA is the channel that wants to talk about American values and freedom of speech and is run by people who have the Islamic republic mindset, that’s not nice,” Kowsar said. “In a way you see that the Islamic republic has exported its values to the heart of Washington and I can’t tolerate that.”

In September – a few months after Kowsar was booted off air – Majid Mohammadi, an Iranian-American academic and critic of Tehran’s hardline regime, was purportedly placed on the station’s “black list” for comparing the Islamic Republic to the terror group Islamic State (IS, ISIS, or ISIL).

“After the program, I was called and one of the staff members of PNN (Mr. Homan Bakhtiar) told me that Mr. Mohammad Manzarpour, the editor, has put me in the black list and PNN will no longer contact me for providing my expertise on Middle East issues in VOA Persian programs,” Mohammadi later wrote in a letter to the BBG.

PNN editor Manzarpour has been singled out for particular criticism by several of the station’s critics and even former employees who have worked with him.

Manzarpour, they allege, has had ties to the Iranian regime and uses his platform at PNN to censor information he finds objectionable.

Manzarpour, his critics note, has previously worked for Iran’s Atieh Bahar Consulting company, which helps foreign companies invest in Iran’s oil sector and “acts as intermediary between them and the government,” according to the Iranian American Forum.

“There is something wrong over there, a virus,” Kowsar explained. “You feel there is a sort of conflict of interest over there. Why should somebody coming from Atieh Bahar be in charge of the editorial staff over there?”

“When he cuts me off from a program relating somehow to the oil [industry] … you feel something sketchy over there,” he said.