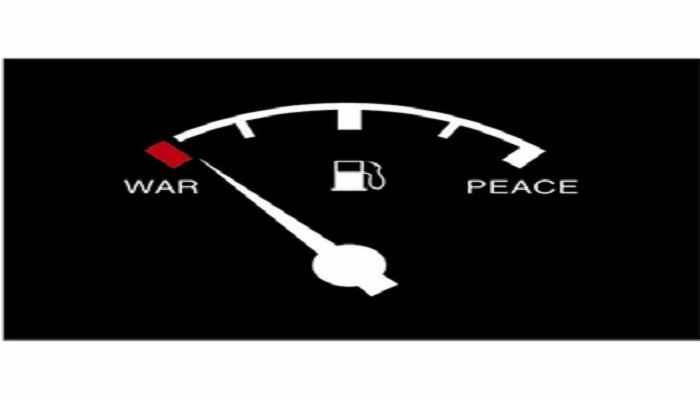 As we enter the Memorial Day holiday weekend, families will gather for barbecues and picnics and others will gather to remember those who have fallen in past conflicts and made the ultimate sacrifice for their nation. But Memorial Day should also be a day to commemorate those who didn’t put on a uniform, but still had to make the same sacrifices and their families had to pay that ultimate price.

It is an unfortunate legacy of the world we live in today that innocent men, women and children often have to bear the same price as those who are trained and volunteer to fight. Throughout the Middle East, that scenario is being played out on countless battlefields, in numerous villages, towns and cities in places such as Iraq, Syria, Yemen, Nigeria and Afghanistan.

But even cities and nations unaccustomed to fighting have been places of terror and carnage such as an office in Paris, a store in Sydney or a government building in Canada. All at the hands of extremist Islamists who have copied their playbook of terror from the Iran regime which has had a 30 year head start on terror spectacles and continues to this day with almost daily public hangings in most city squares.

So this Memorial Day ought to serve as a sobering reminder not just of the sacrifices service personnel make, but for those innocents who have been caught in the escalating violence around the world.

All of which makes the choices offered by the Iran lobby in regards to ongoing nuclear talks with the Iran regime all the more odd since supporters such as the National Iranian American Council have consistently framed the choices in a nuclear agreement as stark ones between war and peace. Their hyperbole clouds the real issue driving the mullahs in Iran and for them the choices are not about war and peace.

It’s really about cash and lots of it. Iran’s economy is reeling under the triple blows of corrupt mismanagement by the ruling elites, spiraling oil prices and the heavy costs associated with funding proxy wars and terror groups in Yemen, Iraq and Syria. Not to mention the billions of dollars being spent by the regime in building and maintaining a far flung network of installations and research facilities dedicated to developing nuclear weapons and the ballistic missiles necessary to carry them.

That need for billions of dollars in unfrozen assets, proceeds from oil sales and renewed capital investment is what drives the mullahs. They hunger for cash in the same way an addict craves his next drug fix. It is also why Iran’s top mullah, Ali Khamenei, has consistently demanded a complete lifting of all economic sanctions at once, including those levied by the UN Security Council, European Union and the U.S. Congress and president.

And that is the quandary facing the NIAC and other regime lobbyists; how do we sell a nuclear deal driving by a need for a financial bailout of Tehran? In classic spin control, they opt to frame the debate as a choice between war and peace.

They recognize that America is war weary and that voters have little appetite for more American blood to be shed, but the choice for Americans and by extension for Congress and the Obama administration is that the choice really is not between war and peace. It’s about whether or not to let mullahs in Iran get the cash they want and so desperately need.

Economic sanctions work. They brought the mullahs to the negotiating table and they are still the most compelling non-violent tool available to the International community. To abandon them without a solid deal that not only cuts Iranian regime’s nuclear program off at the knees, but also modifies its behavior towards proxy wars, terror groups and human rights is dumb and a mistake of historic proportions.

For when we gather to commemorate and celebrate Memorial Day weekend, we should remember that the surest path to peace is not through appeasement, but through strength; strength of conviction, strength of commitment and strength of will.

I hope your Memorial Day is a peaceful one.